SHOULD SOCIAL MEDIA BE BANNED DURING EXAMINATIONS IN NIGERIA

– Social media have kept the world going and citizens of the world smarter, but just as they have their advantages, they are a growing problem to the education sector

– Across the world, issues of examination malpractice have become of major concern and stakeholders, including in Nigeria, have troubled themselves in search of solutions

– Ethiopia and Algeria are two countries that have banned the use of social media during examinations, but Ethiopia says the ban is only temporary An average examination centre or hall in Nigeria is a comedy arena. Every candidate comes into the hall exuding confidence.

Examination commences, question papers and answer sheets distributed. And suddenly the real show begins. These supposed confident students reach for every corner of their bodies and bags and armed with their phones or other electronic devices, they pour out what they never read. Actually, while the candidates sat in the halls in readiness to commence the exercise, some other Nigerians, sometimes including even parents of some of the candidates, were scattered outside preparing the answers to the already leaked questions and sending them in through the various social media.

Facebook, Twitter, Viber, Instagram and even dating sites including Twoo, Eskimi and their likes have become very useful in for the country’s students. All that is needed is a proper knowledge of the usability of the particular medium to be used. And the candidate goes to sleep.

Here is the true story: some of the candidates are successful and happy while others are mourning their failure. While the circle goes on, students go further into higher institutions becoming a general embarrassment to the nation extremely poor performances in examinations and academic works. Such is the pathetic tale of the sliding fortune of education now attracting lamentation from every part of the country and among stakeholders.

As countries continue to search for ways to curb the menace of examination malpractices, the Ethiopian government has blocked the use of social media by students especially during examinations. This is coming just after a similar ban by the Algerian government in an attempt to fight cheating students in secondary schools. The report from Algeria said almost half of students in the country were forced to retake the baccalaureat exam after an online leak that discredited the first session. According to the report, many of the students accessed questions on Facebook and other social media ahead of the examination in early June. In the case of Ethiopia, it decided to block Facebook, Twitter, Instagram and Viber after a massive leak of examination questions on social media. The government says its action is to force students to study hard for the academic exercise instead of to focus on rumour. The social media remain banned all through the days the examination into higher institutions would hold, the spokesman for the Ministry of Education, Getachew Reda, said in a country that has often gone harsh on use of the media, according to the British Broadcasting Corporation.
“The government here is very keen to control social media. They will learn from this, next time there is a protest they will use the experience to do another nationwide clampdown,”
an unnamed source told the BBC. Though the action is eliciting widespread condemnation from citizens of the country, analysts think it is a better way to curb the dangerous slide in academic activities engaged in by those considered as leaders of the future.

Some also think the action of Algeria and Ethiopia would just be an eye-opener for countries including Nigeria where the Joint Admission and Matriculation Board is almost at a fix as to how best to conduct examinations without squabbles. 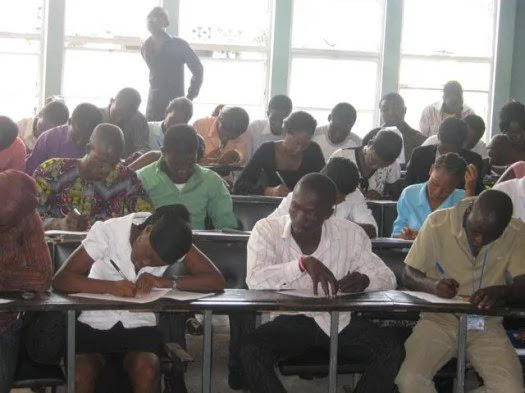