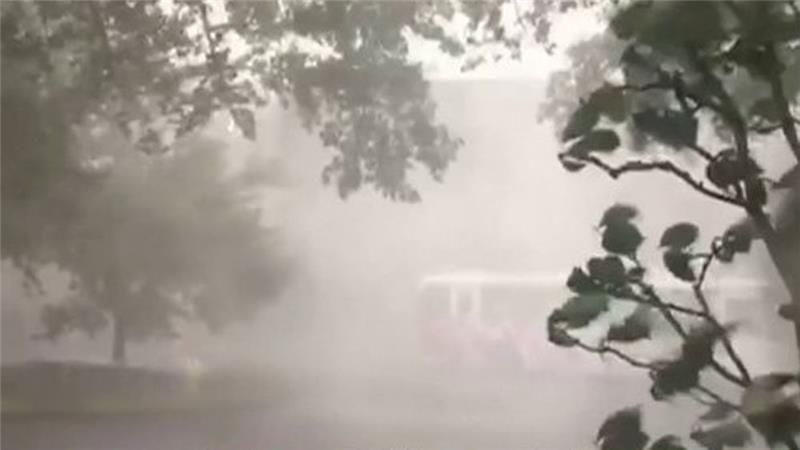 More than 300mm of rain was recorded on Tsushima Island in Nagasaki Prefecture during a 48-hour spell.
Torrential downpours and violent winds blasted across Japan on Wednesday and Thursday causing flash floods and power cuts.

The flooding rains led to local authorities issuing evacuation orders or warnings to about 65,000 people. Rivers have reached critical levels in places and mudslides seem increasingly likely. Miyazaki Prefecture on southern Japan's Kyushu Island had 75mm of rain in the 24 hours up to 0600GMT on Thursday.

Hiroshima was even wetter, recording 90mm of rainfall in the same timeframe. More than 300mm of rain was recorded on Tsushima Island in Nagasaki Prefecture during a 48-hour spell. Local weather forecasters said rain this heavy falls less than once every 50 years.

Further heavy rain is likely across the southern half of Japan during the next 24 hours. Quieter weather is then expected to settle across the country by Monday.
By Solomon Isa at July 16, 2016
Email ThisBlogThis!Share to TwitterShare to FacebookShare to Pinterest