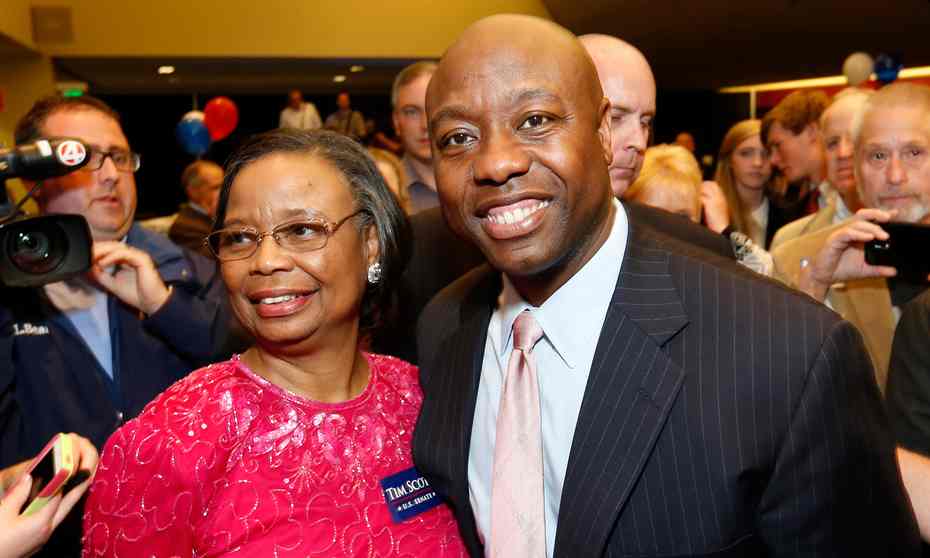 Scott said he felt compelled to address the issue of policing in minority communities in the wake of last week’s fatal police shootings of two black men   Tim Scott with his mother after winning his Senate race.

Black Republican senator Tim Scott talked openly on Wednesday about “the humiliation” of being pulled over by police officers seven times in one year, as well as his experiences being subject to extra scrutiny in Washington as an African American lawmaker. Scott, from South Carolina, who is one of just two US senators who are black, gave an impassioned floor speech in the wake of last week’s fatal police shootings of two black men, in Minnesota and Baton Rouge, and the killing of five police officers in Dallas.

“While I thank God I have not endured bodily harm, I have however felt the pressure applied by the scales of justice when they are slanted,” Scott said.

“I have felt the anger, the frustration, the sadness, and the humiliation that comes with feeling like you’re being targeted for nothing more than being just yourself

“Was I speeding sometimes? Sure,” he added of the times he was stopped by police.

“But the vast majority of the time, I was pulled over for nothing more than driving a new car in the wrong neighborhood or some other reason just as trivial.”

In one instance, Scott said, an officer suggested the car he was driving might be stolen.

In another, Scott said he was trailed by police across several traffic lights only to be pulled over and told he had forgotten to use his turn signal on the fourth turn he took.

The remarks were unusually personal for Scott, who in 2014 became the first African American senator to be elected in the south since Reconstruction. He had been appointed to the seat the previous year to fill a vacancy and quickly emerged as a rising star within the conservative movement.

Scott said on Wednesday he found it “difficult” to speak so openly about his own encounters with law enforcement but felt compelled to address the issue of policing in minority communities.

“In many cities and towns across the nation, there is a deep divide between the black community and law enforcement – a trust gap, a tension that has been growing for decades,” he said.

He also recounted the very first time he was stopped by a police officer, while driving his car as a teenager, and feeling “embarrassed, ashamed, and scared”. And as an elected official, Scott said, he was denied entry into an office building as recently as last year even while wearing the pin on his lapel that signifies his status as a member of Congress.

“The officer looked at me with a little attitude and said: ‘The pin I know, you I don’t, show me your ID.’”

Scott later told the Guardian he felt that by bringing to the surface his own struggles, particularly from his position as a sitting US senator, he could help contribute some perspective to the ongoing conversation around police brutality and criminal justice.

  “I think our country finds itself at a real crossroads,” Scott said,
“and it’s so important for us to find a way to heal the country and to eliminate some of the darker corners that exist.”
By Solomon Isa at July 14, 2016
Email ThisBlogThis!Share to TwitterShare to FacebookShare to Pinterest