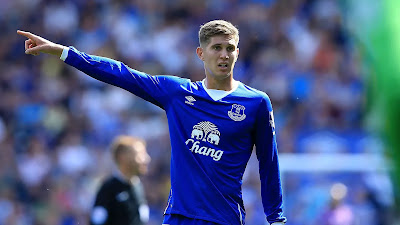 John Stones Goal notes that the Citizens are growing increasingly confident that they will sign the Everton defender this summer, but they have yet to table a formal bid. 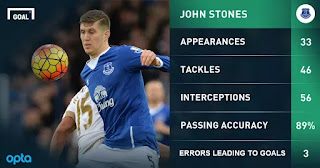 John Stones According to the source, Everton’s high valuation means that City will have to make Stones the world’s most expensive defender if they are to secure his signature, with the fee likely to eclipse the £50m that PSG paid to acquire David Luiz.
By Solomon Isa at July 13, 2016
Email ThisBlogThis!Share to TwitterShare to FacebookShare to Pinterest