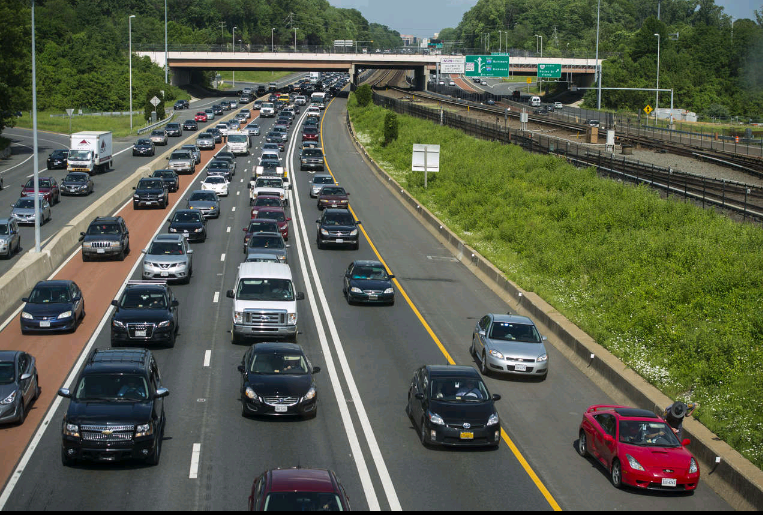 "Nearly eight out of 10 drivers in the United States say they have engaged in a least one aggressive driving behavior in the past year, according to a survey released Thursday by the AAA Foundation for Traffic Safety.

“Aggressive driving is a bigger problem today than it was three years ago,” said Jurek Grabowski, director of research for the foundation.

“We were really surprised by some of the results.” In a separate survey conducted by AAA Mid-Atlantic this year, drivers in the Washington region ranked aggressive behavior behind the wheel as the top threat to highway safety.

Nationally, nearly two out of three drivers say they think that aggressive driving is a bigger problem today than it was three years ago. “We all have to be mindful about the way we drive and take a chill pill,” said John Townsend, spokesman for AAA Mid-Atlantic. Grabowski said the new survey builds on data that the foundation has collected over a number of years that has sought to examine the behavior of drivers across the country. The new data also may suggest why nine out of 10 people now say aggressive drivers are a serious threat to their personal safety.

While the survey did not explore the causes for the aggressive behavior, Grabowski theorized that increasing congestion on the nation’s roadways tied in part to lower gas prices may be leading to more stressed-out drivers.

“Every American is frustrated behind the wheel of a car because of someone else’s actions,” he said.

But the key to preventing those frustrations from escalating into a more dangerous situation is understanding that anger puts both yourself and the other driver at risk, he said.

The foundation’s findings are based on an online survey of 2,705 licensed drivers from across the country who were 16 or older and reported driving at least once in the previous 30 days.

In the Washington region, there have been several high-profile incidents linked to aggressive driving behavior. In April, an off-duty D.C. police officer was arrested on charges that he pointed his service weapon at a driver during an incident on Interstate 295.

Grabowski said it is important to understand and prevent aggressive behavior behind the wheel because previous research has found that it can be a contributing factor in fatal crashes. There are growing concerns about traffic safety in light of new data that found traffic fatalities were up sharply in 2015. This month, the National Highway Traffic Safety Administration said an estimated 35,200 people were killed on the road last year, up 7.7 percent from 32,675 in 2014.

In discussing the data, NHTSA Administrator Mark Rosekind noted that “94 percent of crashes can be tied back to a human choice or error,” which makes changing driver behavior and promoting crash-prevention technology critical for safety. According to the AAA survey, the most common types of aggressive driving behavior reported by respondents was tailgating, followed by yelling and honking.

Almost one-third of those surveyed admitted they made an angry gesture. Male drivers were more likely than female drivers to report having engaged in aggressive behavior while behind the wheel. For example, men were three times more likely to say they have rammed another vehicle on purpose or have gotten out of their vehicle to confront another driver.

The survey also uncovered geographic differences. Drivers in the Northeast, an area that includes Massachusetts, New York and Connecticut, were significantly more likely to yell, honk or gesture angrily than those living in other parts of the country.

The survey also found that drivers who admitted to speeding or running red lights also were more likely to report aggressive behavior such as purposefully cutting another vehicle off. Officials in the D.C. region have long focused on combating the problem of aggressive driving. Smooth Operator, a joint program between the District and Maryland, includes participants from 60 agencies.

The program includes periodic enforcement campaigns designed to catch drivers who engage in bad behavior. In 2012, the most recent year for which data is available, participating agencies handed out close to 400,000 citations. The 2016 enforcement campaign kicked off last month.

“Everybody wants to get there faster, but the truth is you don’t get there so much faster that it makes [getting angry] a useful part of your day,” Grabowski said.

“Sometimes it’s better — to quote John Lennon — sometimes you have to let it be.”"
By Solomon Isa at July 19, 2016
Email ThisBlogThis!Share to TwitterShare to FacebookShare to Pinterest