The Africa Network for Environment and Economic Justice (ANEEJ) has called on the Federal Government to give loans to state governments only for the development of critical sectors of the economy rather than offering them handouts which may turn out to be counter-productive and hurt the economy.

The group was reacting to report on Monday which indicated that the government had already disbursed N50 billion to the 35 states which had applied for it.

According to the report, another N40 billion is expected to be disbursed to states seeking the funds within a nine-month period, mostly for the settlement of monthly salaries and emoluments of the civil service.

The reaction came via a statement, on Tuesday, by its Executive Director, the Rev David Ugolor. Rev Ugolor noted that in spite of the fact that state governments collected princely allocations monthly, and that the 2016 budget had already been passed several months ago, critical areas of the economy like roads, power, and health services were nearly comatose and had not justified allocations and loans which most states are wont to collect.

Part of the statement read: “We believe that state governments should be more interested in looking inwards to generate revenue rather than looking for handouts from the federal government.

“That is how we can achieve the much talked about diversification, not by continually bailing out salaries of a few segment of the society, at the peril of critical infrastructure and businesses. “Most states are imbued with abundant natural and human resources which they can exploit with loans from the Federal Government for the promotion of programmes which create jobs and drive employment, rather than loans which pay salaries and emoluments of civil servants.”

The ANEEJ Executive Director said that even though conditions attached to the loans seemed stringent, the federal government had no constitutional powers to back up its claims that it intends to monitor and evaluate how such funds would be utilized by the state governments for the benefit of Nigerians. “In the face of a dwindling income from oil, Nigeria has no business doling money to state governors who cannot wear their thinking caps in a rapidly changing world,” he added. 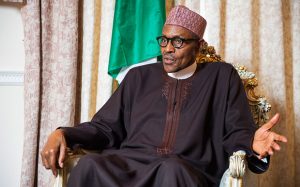