GHOSTBUSTERS FIREHOUSE GETS A NEW FEATURE: A women's bathroom 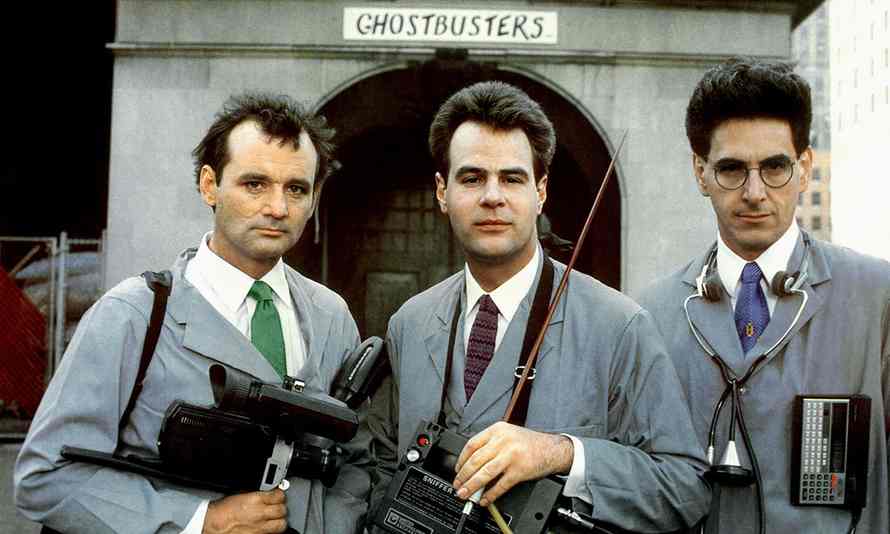 The 1903 Manhattan firehouse which featured in the original 1984 film is undergoing major renovations, in part to accommodate female employees   Renovation scaffolding is visible outside the firehouse featured the original Ghostbusters movie.

Ghostbusters film, the New York firehouse HQ from the original movie is undergoing a renovation, partly to accommodate female employees.

  Brobusters to Mad Max: Ghostbusters movie pitches to really spook the bros Read more Built in 1903, Fire Station Hook and Ladder Company No 8 at 12 N Moore St in Manhattan will be getting updates to the kitchen, bathroom, locker room, offices and roof, as well as its mechanical, electrical and plumbing systems, according to New York City’s department of design and construction.

“One thing that we’re really proud of is the fact that this particular building never had a women’s bathroom or women’s locker room before,”

said Shavone Williams, a public information officer with the department of design and construction.

“So now that’s something that’s included in the renovations.”

Until next year, when it is hoped the $6m renovation will be finished, ladder No 8 which worked in the building, have been relocated to a firehouse in SoHo.

  Bill Murray, Dan Aykroyd and Harold Ramis in the 1984 Ghostbusters. The renovations will take care to restore and replace the elements of the building’s iconic facade, according to Williams.

The exterior of the building was used for the 1984 film and its 1989 sequel, as well as an episode of Seinfeld and the Will Smith movie Hitch. Interior shots for Ghostbusters were filmed in Los Angeles, and while the original team headed by Bill Murray and Dan Aykroyd stored the Ecto-1 and their Proton Packs in the firehouse, the all-female 2016 reboot utilizes a room above a Chinese restaurant. On September 11, the firehouse’s responders were among the first at the World Trade Center site, according to the Associated Press. The station was nearly decommissioned in 2011 due to lack of funds. Local residents and politicians, including actor Steve Buscemi and the then public advocate Bill de Blasio, rallied to save it.   Scaffolding covers the firehouse that was featured in the 1984 Ghostbusters. 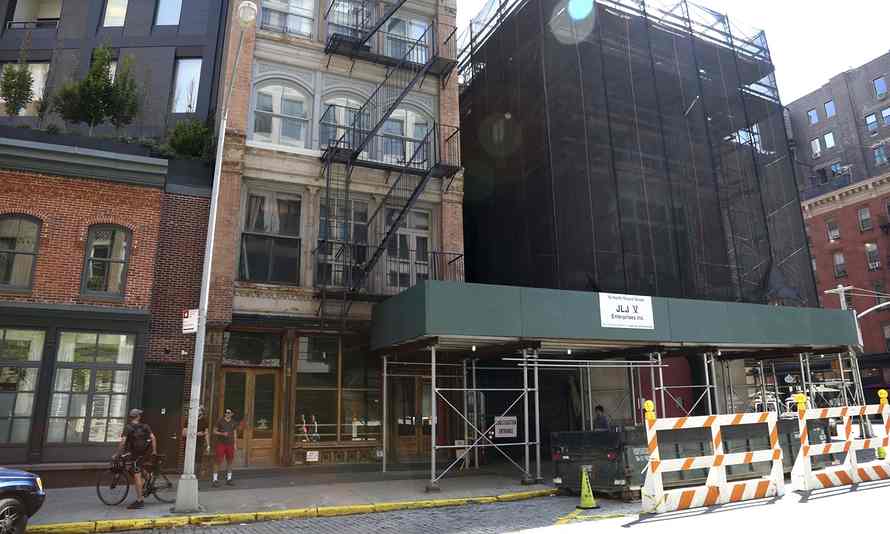 Seth Wenig/AP On Wednesday the building was covered in scaffolding. Two Ghostbusters-themed logos for the fire station could be seen painted on the sidewalk outside. Ghostbusters buffs seem to think it’s worth the trek. On TripAdvisor, users lamented the building’s appearance but still thought of it as a “worthwhile pilgrimage”. “The place is currently covered in scaffolding, but I still got a proper geeky buzz from being there,” one traveler wrote.
By Solomon Isa at July 14, 2016
Email ThisBlogThis!Share to TwitterShare to FacebookShare to Pinterest