Some female soldiers have proven their worth to the Nigerian army, as they showed that they could do even better than what their male counterparts are doing. 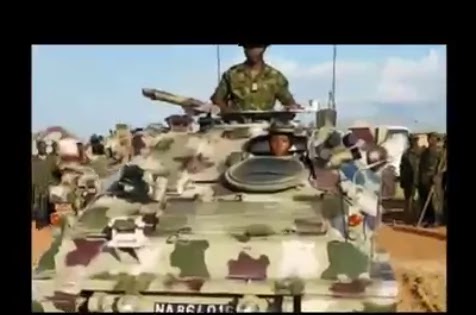 In a video released by Colonel Sani Kukasheka Usman, the spokesperson of the Nigerian army, the female soldiers were seen driving the armoured tanks which their male counterparts are mostly known to handle the equipment.

The videos showed the ladies driving alongside their male counterparts and according to Colonel Usman, this opportunity to train with the male-dominated equipment was decided by Lieutenant General Tukur Buratai, the Chief of Army staff.

According to Colonel Usman: “The Nigerian Army has come of age, what a man can do, a woman can do even better. This age long saying was made practicable courtesy of Lieutenant General TY Buratai, Chief of Army Staff’s believe in equal opportunity and commitment to troops training. 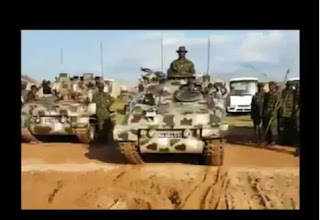 “Here, three female soldiers of the Nigerian Army Armour Corps took out their Armoured Fighting and Recovery vehicles on combat driving to the admiration of their colleagues at the Old Airport, Gusau, Zamfara State as part of the activities marking this year’s Nigerian Army Day Celebration (NADCEL).”  

After the driving the vehicles, the three ladies were asked how they felt controlling such a huge equipment and they expressed their pride and satisfaction at being army officers.

“As a woman driving the fighting vehicle of the Nigerian Army, I feel very proud,” one of them said.

Another lady noted, during the interview, that “I feel very great and I am proud to be in the armor corp.”
By Solomon Isa at July 14, 2016
Email ThisBlogThis!Share to TwitterShare to FacebookShare to Pinterest