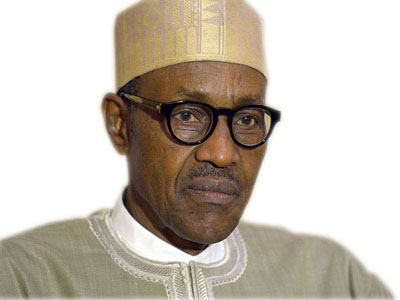 President Muhammadu Buhari yesterday expressed optimism that the Nigerian Army has been adequately equipped to end cattle rustling, banditry, and other security threats in the country.
He spoke during the 2016 Nigerian Army Day Celebration “Optimizing the Capability of the Nigerian Army to meet Contemporary Security Challenges” in Gusau, the Zamfara State capital.
The President noted that the incessant activities of the insurgents and cattle rustlers have made farming, livestock management and other economic activities more difficult in the face of the general economic challenges.
He, however, praised the Chief of Army Staff, Lt.-Gen. Tukur Buratai, for his foresight and initiative in mobilising adequate resources to ensure precision in the conduct of the war against the crimes.
Buhari lauded the Army for collaborating with sister agencies towards degrading and decimating the miscreants.
His words: “I am optimistic that the operations of the last few days will help restore economic activities of surrounding communities bedeviled by the menace.
“I urge you to intensify and perfect current strategies, approaches, techniques and tactics towards curtailing all forms of lawlessness across the country.
“It is quite gratifying to inspect the equipment displayed, which showcased the robust capability of the Nigerian Army to ward off internal and external aggression against the country. The Command Post Exercise also reminds me of the importance of staff work in the field during the civil war in the 60s and the Chadian Operations in the 80s.
“I am pleased at the dexterity, prowess and level of professionalism displayed by various components, including the combat airborne jump by personnel of the Nigerian Army supported by the Nigerian Air Force.
“I am confident that the Nigerian Armed Forces have been amply repositioned more than ever before to confront contemporary and emerging security challenges in the country,” he said.
President Buhari added that the involvement of private partners in the defence sector, especially in terms of provision of specialist equipment under the Public Private Partnership, was a welcome development. He urged the Armed Forces to leverage on the opportunity towards enhancing capacity.
The President has also vowed that his administration will deal with any security threat in any part of the country.
He spoke while commissioning a 75 kilometer road terminating in Wanke in Gusau Local Government Area of Zamfara State. He also commissioned a 20 kilometer road in Tsafe council.
His words: “Our security situation is improving, not only in the Northeast, but all over the country. We are confident that our macro-economic policies, as well as the monetary policies being implemented by the CBN will lead to the revitalisation of the industries and steady growth in significant sectors of the economy.
“Our commitment to secure the country is yielding results as noted by the governor that for the first time since the outbreak of the Boko Haram insurgency seven years ago, the people of Borno State celebrated Eid-el-Fitri devoid of any security barricades.
“Government is determined to, more than ever before, deal decisively with any threat to the security of this country.”
Zamfara State Governor Abdulaziz Yari said the roads will boost economic activities, agricultural produce and employment in the state.
He added that the roads have also provided security personnel more access to areas where criminals easily operate.
His words: “In a short while, Your Excellency will also commission the 75 kilometers road linking the gricultural communities Danjibga, Kuchinkalgo, Kigana, Bilbis, Kuchiri, Wanke and seven bridges along the road. It cost N7.8 billion, including payment of compensation.
“The President has also commissioned 20 kilometers road and drainages costing N2.52 billion in Tsafe. The constructions include rehabilitation and the complete reconstruction of Federal roads, which covers 610 kilometers.” He hinted that N157.3 billion was spent on 12 Federal roads.
At the function were Governors of Katsina, Sokoto, and Kebbi States, Aminu Masari, Aminu Tambuwal and Atiku Bagudu.
By Solomon Isa at July 14, 2016
Email ThisBlogThis!Share to TwitterShare to FacebookShare to Pinterest