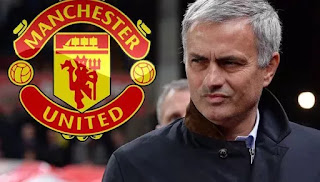 English premier League giant Manchester United has once again increased their attacking options at the club after securing the signature of a young player from Swiss club FC Zurich.

Burkart is expected to link up with the prestigious Manchester United academy, lead by a United legend and ply his trade club’s youth under-18’s next season.
The teenager explained in an interview recently, the reason behind his decision to link up with the Jose Mourinho tutored side despite interest from other European clubs.
“Pure gut feeling, the other clubs were also very interested,” the striker said . “I visited each club and analyzed its infrastructure while there.”

“I always knew – If I were going to move to a club abroad, then it could only be to England, my mother’s home country.”

The Switzerland youth international youngster performed creditably well for Zurich while playing in the domestic cup competition last term, where he found the back of the net 9 times in 7 games for Zurich.

The youngster’s impressive outing has since attracted interest from top clubs across England.
Burkart is not bothered, if playing at Manchester United doesn’t go as planned considering the huge expectations that come with linking up with a huge and highly historic club like the Red Devils.
“
I’m taking a relaxed approach to it all,” Burkart said. “If it doesn’t work out with Manchester United, the excellent training will still provide a fantastic foundation for launching a career at another club.”

Burkart surely have a positive outlook to life considering the quote above. With this attitude, he certainly have what it takes to succeed at Old Trafford especially under someone as experienced as Nicky Butt
By Solomon Isa at July 15, 2016
Email ThisBlogThis!Share to TwitterShare to FacebookShare to Pinterest