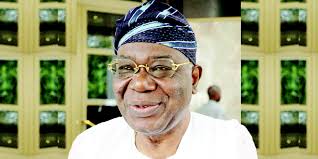 A Lagos Magistrate, Olanike Olagbende, sitting at Igbosere on the island, on Wednesday ordered Adeboye Shonekan, the son of Chief Ernest Shonekan, former Interim Head of Federal Government, to appear in court.

Olagbende said a witness summons should be served on Shonekan following his absence in court at the hearing of a case of breach of peace he instituted against two men. The magistrate, however, adjourned the case till September 21 for mention.

The News Agency of Nigeria reports that the Police had on May 5 arraigned two men – Lucky Nwene, 38, and Friday Obinna, 37- for allegedly entering the sitting room of Shonekan without an invitation.
The Prosecutor, Corporal Friday Mameh, had told the court that the accused committed the offence on March 26 at 4, Walter Carrington Crescent, Victoria Island, Lagos.

Mameh said the accused allegedly conducted themselves in a manner likely to cause a breach of peace. He said the offence contravened Section 166 (c) of the Criminal Law of Lagos State, 2011. The accused denied the charge. The magistrate granted them bail in the sum of N150,000 each with two sureties each in like sum.
By Solomon Isa at July 13, 2016
Email ThisBlogThis!Share to TwitterShare to FacebookShare to Pinterest