ANGER AFTER HONOUR KILLING OF QANDEEL BALOCH BY HER BROTHER

Qandeel Baloch found dead in family home after being asphyxiated by her unrepentant brother. 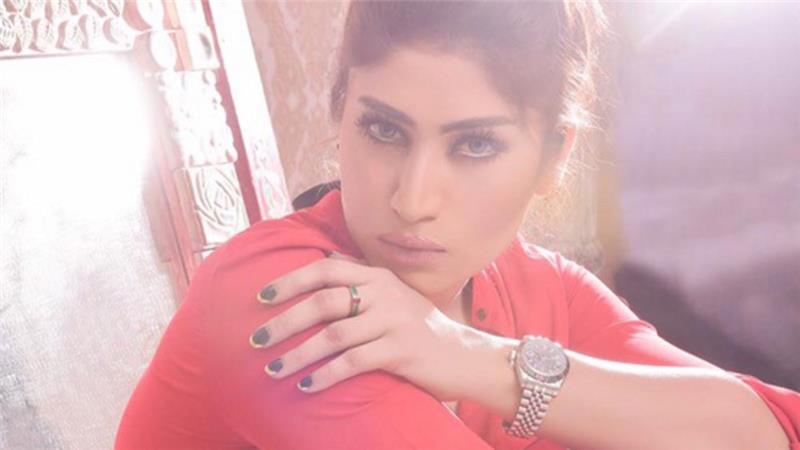 Alia Chughtai  Baloch was known for bold statements on women's rights and tolerance, much to the chagrin of millions of fellow Pakistanis.

Pakistani social media star Qandeel Baloch, who was known for her daring posts, has been killed by her brother. Police on Saturday told Al Jazeera that Baloch's father, Mohammed Azeem, had filed a case against his son Waseem Azeem.

The father also testified against another of his sons, who works in the army and reportedly encouraged his sibling to carry out the killing. Waseem was in the family home in Multan when Baloch, whose real name was Fauzia Azeem, died. Both sons went missing as news of the killing spread. But late on Saturday, Waseem was found some 100 kilometres from Multan in Dera Ghazi Khan and arrested.

Police presented him with his face covered during a press conference, during which he said he "killed for honour" and had "no regrets". Nabila Ghazzanfar, a Punjab Police spokeswoman said that the initial post-mortem showed that the 26-year-old's nose and mouth had been pinned shut before she died, blocking off her airways. She had not, contrary to earlier reports, been strangled, Ghazzanfar added.

She began her career by auditioning on Pakistan Idol and soon after launched a social media enterprise, posting videos that went viral. On her final, July 4 post to her Facebook page, which has almost 800,000 fans, she wrote

: "I am trying to change the typical orthodox mindset of people who don't wanna come out of their shells of false beliefs and old practices."

Her apparent "honour killing" has caused outrage. 'Honour killings are epidemic' Sharmeen Obaid Chinoy, who won an Oscar for a film about honour-based violence, told Al Jazeera that such attacks were an "epidemic". "I'm very shaken up today. Activists in Pakistan have been screaming hoarse about honour killings; it is an epidemic, it takes place not only in towns, but in major cities as well. "What are we going to do as a nation?" Chinoy added that an anti-honour killing bill should be passed.

"It's upon the lawmakers to punish these people. We need to start making examples of people. It appears it is very easy to kill a woman in this country - and you can walk off scot free.

"Pakistan's honour killing epidemic During screenings of Chinoy's recent documentary Girl in the River, in which a father tries to kill his daughter, she had heard people cheering for the father.
"It is a mindset we have to change," she said. After the release of a recent music video in which Baloch starred, the celebrity's ex-husband Aashiq Hussain revealed intimate details of their relationship. The story of her personal life was scrutinised in the media. She was pitted against clerics and her former husband, and cried publicly about torture and abuse she suffered during the short marriage.

Last month, she posted a series of selfies with a leading cleric, Mufti Abdul Qavi - a member of the "moon-sighting" committee, again causing a furore. During their meeting, the cleric reportedly proposed. A video shows Baloch sitting on the cleric's lap, while photos show her wearing his traditional wool cap. 'She was more than Kim Kardashian' Fasi Zaka, a radio show host, told Al Jazeera: "She was the most self-exposed person, and what was different about her is that she was from a poor background. She did all this on her own. 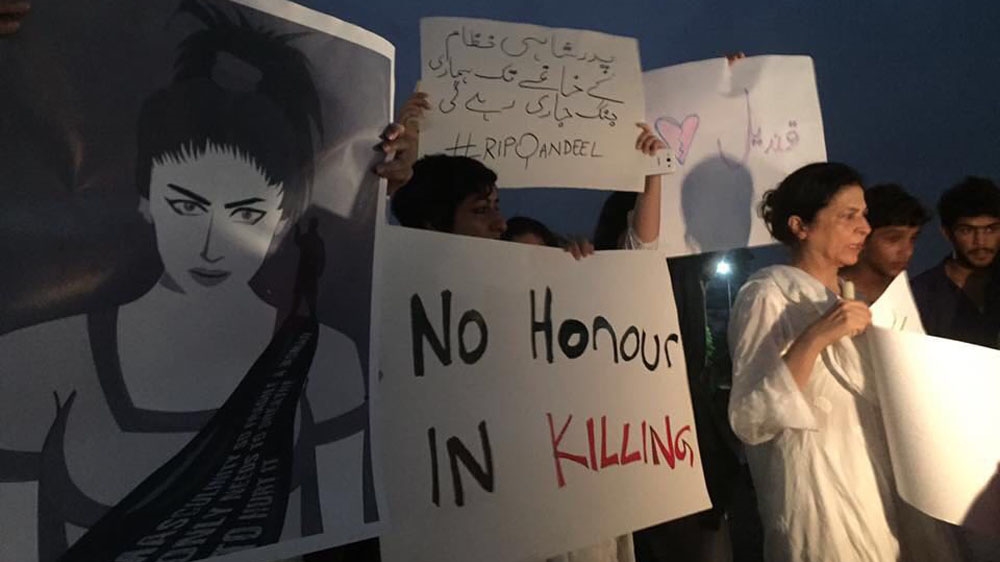 She is much more than Kim Kardashian, she went against the norms of society - and went on do what she wanted, on her own terms." Mufti Naeem, a conservative, vocal cleric, condemned the killing. "Her personal life was her business, and killing someone is haram [not permissible in Islam]," he told Al Jazeera. "The brother must be punished - we cannot have any more murders in the name of honour." Sherry Rahman, a Senator and outspoken advocate for the rights of women and minorities, called for the national assembly to pass an anti-honour killing bill. She said:

"Assuming that Qandeel Baloch's brother will probably be arrested and punished for murder because of the high profile [nature] of the case, the fact remains that an essentially right-wing government is sitting on vital amendments in the Pakistan Criminal Procedure Code that would disallow justice to be privatised for crimes against women."

Vigils were held in Lahore and Karachi.   Women in Karachi gather to protest against the apparent 'honour' killing of Qandeel Baloch [Alia Chughtai/Al Jazeera] Natasha Ansari, who helped organise the Karachi event, said the media should have acted more responsibly when covering stories about Baloch.

"In a country where lives are easily at risk, media has responsibility to protect them instead of making tabloid issues out of them." 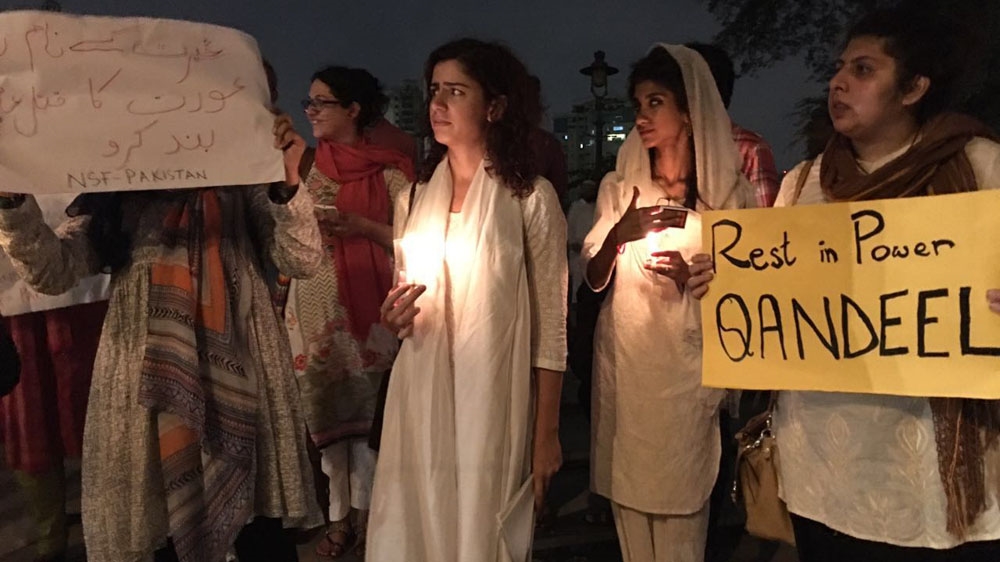 "She was killed because she said and did things that made people feel uncomfortable and angry,"

"We feel that there is no value to a woman's life if she doesn't live in a particular way ... in the bounds of what a conservative, patriachal society expects of you. We're here to protest that."

"[She was] a woman who was living life on her own terms she wasn't afraid ... she was fun, loud, bold brash and beautiful - we would like to drown out those voices who think she deserved it because of the way she was behaving."   
'No honour in killing' read one of the placards at the Lahore vigil for Qandeel Baloch [Alia Chughtai/Al Jazeera]
By Solomon Isa at July 17, 2016
Email ThisBlogThis!Share to TwitterShare to FacebookShare to Pinterest