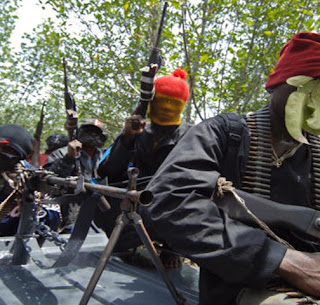 The assailants believed to be Fulani herdsmen also set ablaze 15 houses, four cars and 17 motorcycles belonging to the villagers.

Apart from that, the armed men also destroyed the barns in which various food items were stored, inflicting injuries on their victims who were mostly women and children. Most of the injured in the attack were admitted at the Minna General Hospital where they are responding to treatment.

The armed men, according to eyewitness account, operated with AK 47 rifles, machetes, clubs and cutlasses which they freely used on the unsuspecting victims.

The attack by the unknown gunmen, it was learnt, could be a reprisal for the attack on Fulani by the Gwari in Lambata village near Paiko, on Thursday evening.

The killings in Beji town took place in the night which was largely responsible for the high casualty figure suffered by the Gwaris. However, unconfirmed report had it that the natives succeeded in killing one of the attackers, the recent communal clash has created fear and tension among citizens, particularly in Minna, the state capital.

The herdsmen were said to have immediately after successfully attacking the community disappeared into the forest. DSP Bala Elkana, the Police Public Relations Officer (PPRO), confirmed that a team of armed policemen led by an Assistant Commissioner of Police (ACP) had been deployed in Beji town to restore law and order.

“Our men have flooded the place to bring the situation to normal,”
the PPRO said, adding that the regular policemen were already being reinforced with mobile policemen. Bala Elikana, however, said no arrests had been made over Beji attack but ‘our men are on the trail of the perpetrators of this crime’.

The police spokesman also said that two suspects had been arrested in connection with the Lambata attack  
By Solomon Isa at July 14, 2016
Email ThisBlogThis!Share to TwitterShare to FacebookShare to Pinterest